We recently had the opportunity to speak with Bhumika Anand, the founder and director of Bangalore Writers Workshop (BWW). She told us about why she uses WetInk and how it simplifies the writing life, for both herself and her students.

Please tell us a little about Bangalore Writers Workshop.

BWW is the first-of-its-kind writing school in India. We started in 2011 and are based out of Bangalore. We facilitate workshops on fiction, poetry, creative non-fiction, technical writing, freelance journalism, translation, English grammar and usage, business communication in English, and the like.

We've been using WetInk for over three years now. We were involved a little in the ideation and development stage. So as a product, WetInk is one I feel personally invested in.

First of all, I felt very strongly about wasting paper, resources, and time while running writing workshops for BWW.

Not all my students have easy access to printers at home or work. So they had the added responsibility of printing copies before each workshop. There were around 12 copies of each work being printed and handed out per workshop. It was chaos in terms of organization for a participant. If one had to read through notes, one had to sift through multiple back copies.

WetInk takes care of all that. Everything that happens in a class stays within the virtual classroom. It can be indexed, searched, and accessed on the go through mobiles, tabs, laptops. WetInk is now integral to how my workshops are run. The fact that it's all private is another brilliant reason I'll always recommend WetInk to writing facilitators.

Do I need to be tech-savvy to use WetInk?

The truth is I'm not very tech-savvy. So when we were testing WetInk, the first order of the brief was: Be idiotproof.

From my understanding, the only tough challenge writers are willing to face is with their own writing. So I was very clear that the navigation from the landing page had to be simple, seamless, and intuitive, with plenty of help on hand if one got distracted and lost. WetInk provides all that.

I joke to my team that if I can use WetInk, anyone can.

Do facilitators miss scribbling in the margins?

I honestly thought I would. There's joy in making footnotes or scribbling comments on paper. But WetInk's Inline Comments feature simply rocks. The comments of the entire class are visible on the same page of text for each student. Participants can actually respond to each other's comments in a way that simulates classroom discussions.

I love how all the critiques are collected on the same page. No more cross-referencing from multiple copies for comments by different participants on the same piece of work. In terms of time, paper, and resources saved, WetInk is invaluable.

What are the advantages for a facilitator who uses WetInk?

Besides being online, searchable, and accessible on multiple devices, what I love about WetInk, as a facilitator, is how:

Will it add more work for a facilitator to use a platform like WetInk?

On the contrary, it simplifies a facilitator's life. I no longer have to deal with panic mails about schedules and submissions, or other such things. As I mentioned before, scheduling assignments becomes easy and consistent. And the Archive feature helps me keep track of everything that happened in a class. Since the Inline Comments and Comments aid conversations, the classes continue on WetInk.

My students are thrilled with the platform and so am I.

If you had to choose one thing you love the most about WetInk, what would it be?

It would definitely be Inline Comments. I simply love the feature. We can edit and share insights, appreciation, and often just emoticons. It's the best thing on WetInk.

It’s that time of year [https://www.awpwriter.org/awp_conference/schedule_overview] again. The panels, the bookfair, the schmoozing. It’s all enlightening, inspiring, and empowering — until it’s not. Don’t get us wrong. We love AWP (in fact we’ll 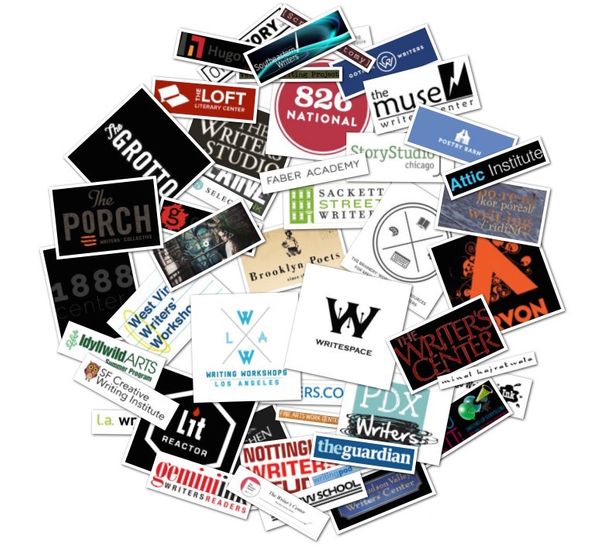 NaNoWriMo may be over but the writing is never done. You're not alone. Classes, workshops, and communities are here to help. Here are the winter offerings from over 40 writing