It’s that time of year again. The panels, the bookfair, the schmoozing. It’s all enlightening, inspiring, and empowering — until it’s not. Don’t get us wrong. We love AWP (in fact we’ll be at booth 107), but 500+ sessions, 800+ exhibitors, and 12,000+ attendees is a lot. And sooner or later, you might feel the need to get away from it all.

That's why we're rounding up some literary landmarks for you to check out in the D.C. area.

Writers can’t resist a good bookstore. Here are three to browse and buy. 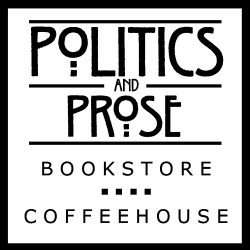 Politics and Prose offers books in a variety of genres, including biography and history, fiction, poetry, sports, and of course politics and current events. After browsing, head down to the Den for yummy-sounding toasts, bowls, and sandwiches, as well as coffee, tea, beer, and wine.

Politics and Prose has four locations in the D.C. area. The closest one to the AWP convention center is at 1025 5th St. NW. 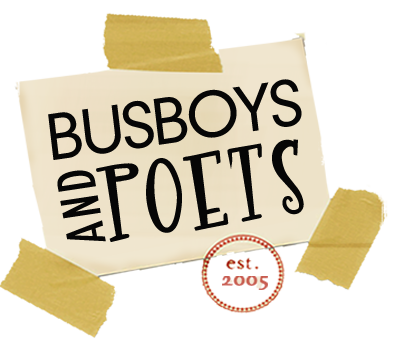 The name Busboys and Poets was inspired by poet Langston Hughes, who worked as a busboy at the Wardman Park Hotel before rising to poetic fame. Busboys and Poets features a cafe with an extensive menu, an art exhibit, and of course books.

They have four locations in D.C., one in Arlington, Virginia, and one in Hyattsville, Maryland.
The closest to the AWP convention center is at 1025 5th St NW, a joint effort with Politics and Prose.

Of course stores aren’t the only places to find books. Visit these libraries, where you can find books and beyond.

The Library of Congress is the largest library in the world, housing millions of books, newspapers, maps, manuscripts, recordings, and photographs. Check out their Rosa Parks collection as well as their current and ongoing exhibitions.

The Folger Shakespeare Library houses the world’s largest Shakespeare collection, and rare books, manuscripts, and pieces of art from the Renaissance period. If you’re free one evening, you can also catch a performance or reading. 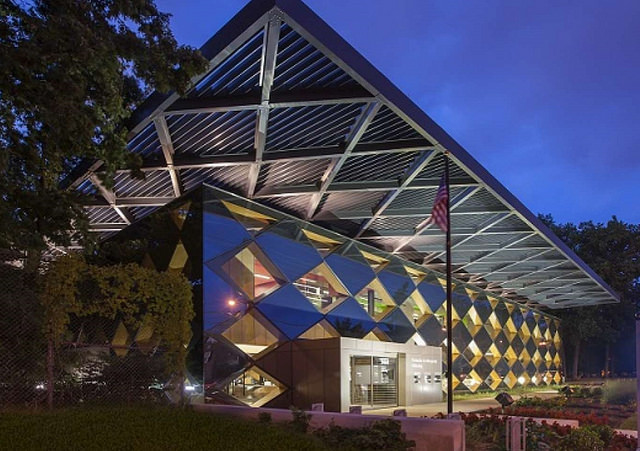 Visit the Francis A. Gregory Neighborhood Library for its super-cool design, inside and out.

Washington, D.C. has been home to many, many writers — so many that authors Kim Roberts and Dan Vera started the DC Writers’ Homes project, which documents the homes of writers who lived in the greater Washington, D.C. area. Below are just a few examples. 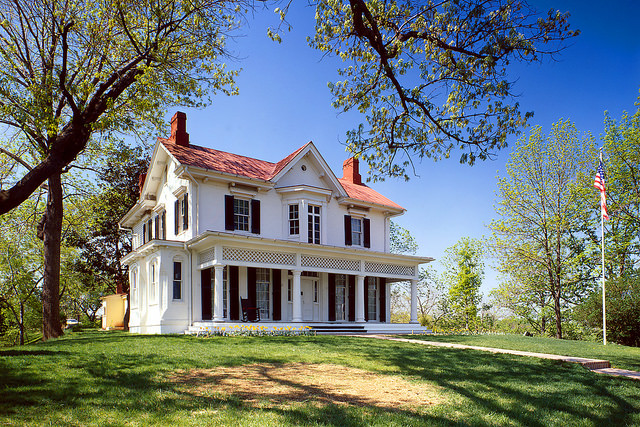 In addition to being a writer, Frederick Douglass was a social reformer, abolitionist, statesman, and orator. Born a slave in Talbot County, Maryland, he escaped slavery at age 20 after two thwarted attempts.

He moved to Washington, D.C. in 1872. In 1877, he purchased Cedar Hill, what is now known as the Frederick Douglass House, and lived there for much of the rest of his life.

Guided tours of the house are available, and reservations are recommended. 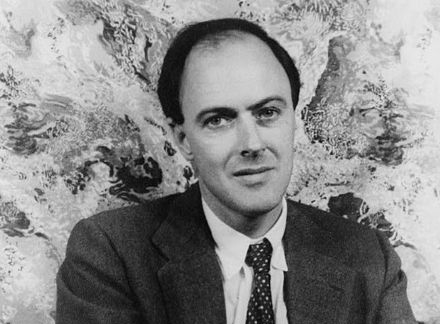 Beloved children’s author Roald Dahl (Charlie and the Chocolate Factory, Matilda, Fantastic Mr. Fox) moved to Washington, D.C. after sustaining injuries in a crash during his stint in the British Royal Air Force. He was assigned a desk job, after which he basically became a spy for the British govenment, says Mental Floss. He also discovered his talent for writing.

You can find where Dahl once lived at 2136 R Street NW, in the Sheridan Circle neighborhood.

You can visit one of Porter’s residences at 3106 P Street. NW, in Georgetown, or the Porter Room at the University of Maryland in College Park, Maryland, about 9 miles from Washington, D.C. 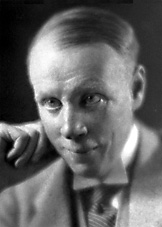 Sinclair Lewis was the first American writer to win the Nobel Prize for Literature. While living in Washington, D.C., he wrote some of his best-known works, including Main Street, Babbitt, Arrowsmith, and Elmer Gantry.

Visit where the author once lived at 028 Q Street NW, in Georgetown. 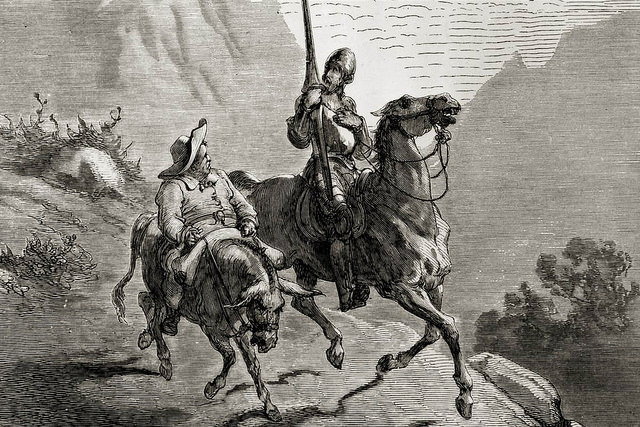 This sculpture of the anti-hero from Miguel de Cervantes’s classic work was a gift from Spain on the Bicentennial of the United States. You can find it at The Kennedy Center. 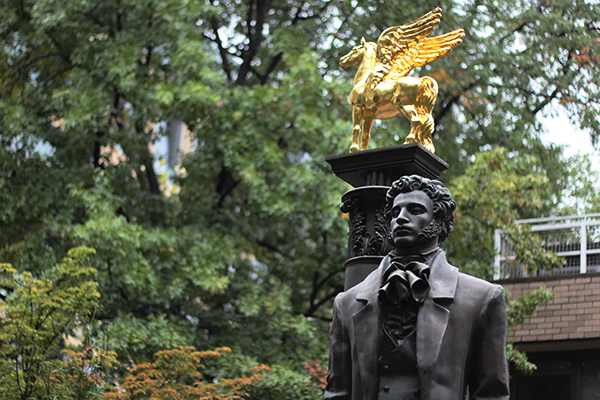 (Photo via The GW Hatchet by Charlie Lee)

The statue of the Russian poet, playwright, and novelist was part of a cultural exchange between Moscow and Washington, D.C. The Pushkin statue was erected in 2000 while one of Walt Whitman was erected in Moscow in 2009. You can find the Pushkin Statue at George Washington University. 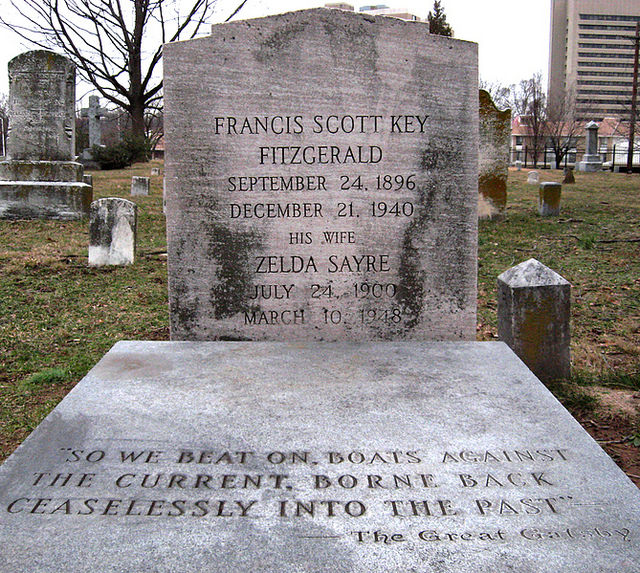 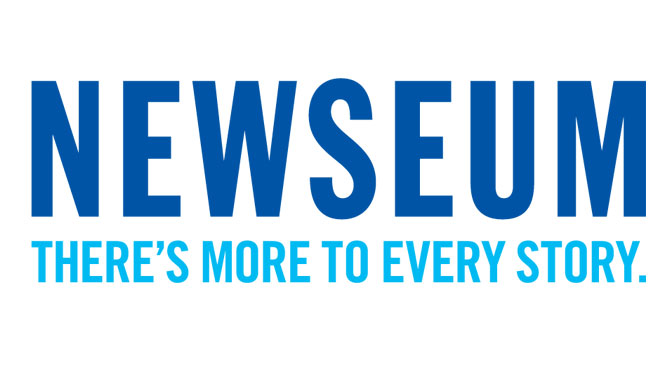 Writing and freedom of expression go hand in hand, which is why you should head on over to the Newseum. This highly interactive museum is dedicated to the freedom of expression and “the five freedoms of the First Amendment: religion, speech, press, assembly and petition.” It also traces “the evolution of electronic communication from the birth of radio, to the technologies of the present and the future.”

At the end of a busy bookish day, wind down with a cocktail (or two) at these literary drinkeries. 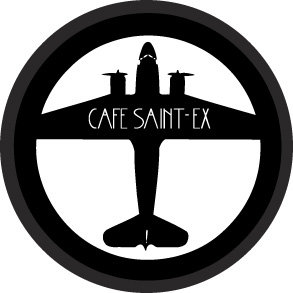 The "Pilar" of Bar Pilar refers to the name of Ernest Hemingway’s boat and the female protagonist in his novel, For Whom the Bell Tolls. 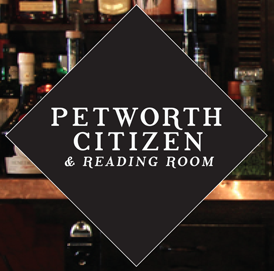 In the back of the Petworth Citizen, a bar on Upshur Street NW, is the Reading Room. It started as a free library, says the Washington Post, but now is a bookworm haven with its Literary Cocktail nights featuring drinks inspired by Oscar Wilde, Ian Fleming, and Jules Verne, and cocktail lists that bear a striking resemblance to bookmarks.

What are your favorite Washington, D.C. literary haunts? Let us know in the comments, and be sure to stop by booth 107 at the bookfair and say hello. 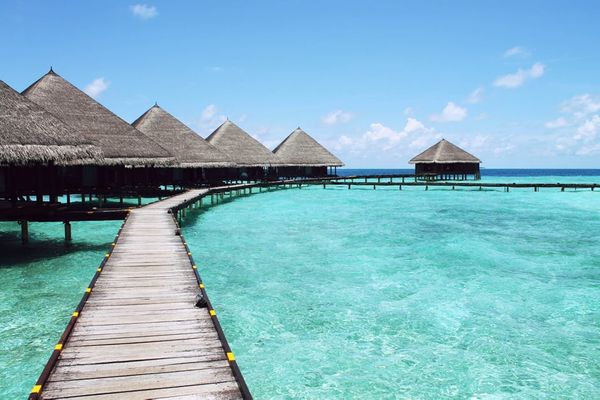 Life can get busy and full of distractions. Sometimes it might seem like you barely have enough time to eat, let alone write. So why not get away from it 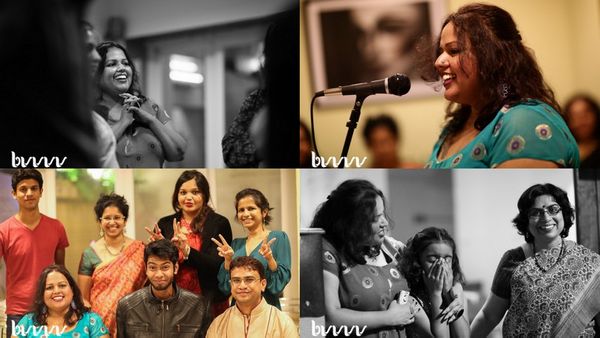 We recently had the opportunity to speak with Bhumika Anand, the founder and director of Bangalore Writers Workshop (BWW). She told us about why she uses WetInk and how it